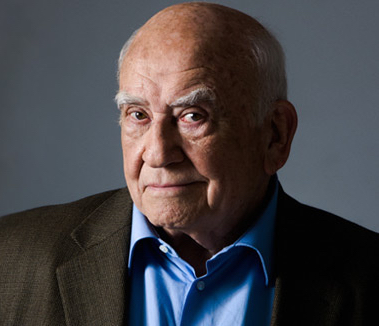 For those of us fighting for progressive change, sometimes it feels like we’re trying to knock down an infinite series of byzantine obstacles. It’s so clear what needs to happen, yet somehow nothing gets done. Every once in a while, though, a cause comes along where people can actually make an enormous impact with only a small effort. Where a one-step process is all it takes to score a major progressive victory.

OK, in this case, a two-step process. But still simple and easy. If you take these two steps right now, you can help save one of the left’s most overlooked and undervalued resources.

Pacifica radio stations are the only remaining independent broadcast communications asset with nationwide reach in what amounts to a river — a sea — no exaggeration, an ocean of conservative and commercial stations.

While we progressives were looking the other way, conservatives took over the airwaves. They flooded them with right-wing, lies- and hate-filled radio programming that, along with unregulated social media propaganda, brainwashed Americans into losing touch with reality — to the point where they’re not only willing to vote against their own interests, they’ll take up arms to overthrow democracy itself. All in support of the demagogues they follow: Limbaugh. Hannity. Levin. Liddy. Beck. Elder. Savage. Ingraham. The list goes on. Even though you’re sane enough not to listen, you know the names, and you know the pernicious influence they have.

Pacifica is the left’s only radio counterweight. But it’s in grave danger of going bust and being permanently silenced by the right.

Here’s how you can come to the rescue:

Please make a tax-deductible $25 donation to radio station KPFK before April 7, 2021, the last day to insure you’re eligible to vote in the crucial June election discussed below. In June you will receive an email from KPFK/Pacifica inviting you to vote on proposed changes to their bylaws.

When you receive that email in June, vote. (I won’t tell you which way to vote but will say I will be fervently voting “yes” for the proposed bylaws changes.

And that’s all you have to do. That’s the abbreviated, emergency-alert version. I’ll lay out a little more detail below, but for those who want the deep dive, please visit newdaypacifica.org.

KPFK is the Los Angeles radio station of the Pacifica nonprofit radio network. Pacifica is listener-funded public radio. It operates without corporate funding or underwriting. KPFK and Pacifica offer some of the richest, most insightful and thought-provoking programming I’ve encountered. But structural problems have pushed Pacifica to the brink of collapse.

The proposed Pacifica bylaws amendment will transform the broken governance and management at Pacifica and enable the network to pull itself back from the precipice.

Your $25 donation today and your online vote for the bylaws changes in June may save the Pacifica public radio network from becoming insolvent and being bought out by the right. Fat-cat conglomerates and right-wing billionaires are salivating in hopes of squelching their lone competition on the air (KPFK streams as well, but it’s the fact that people without internet access can hear it that makes it irreplaceable). Why do so many listen instead to Hannity et al.? Because that’s all they can find on their radios.

KPFK/Pacifica is our way to reach hearts and minds before they’re polluted by fake news and big lies.

In a significant way, saving Pacifica will make a huge difference to our cause. Even if you don’t listen to KPFK, think of Pacifica as an institution similar to the ACLU or Planned Parenthood — people support them not necessarily because they will be using their services, but because they are absolutely critical institutions. To survive, our democracy needs non-corporate media, journalism, and political conversation. America needs an independent, listener-supported, progressive, national media network with wide potential reach to counter the right, and Pacifica is the only one that I know of.

For increasing your impact, consider two or more $25 donations/memberships, from each of your household members. That way, your family will get more votes.

Reprinted with permission from the LA Progressive

Asner’s article was also published in the Down With Tyranny blog : “A Small Step to Score a Major Progressive Victory”

“Ida B. Wells once said, ‘The way to right wrongs is to turn the light of truth upon them.’ That light is independent media. Without it, we cannot mount impactful movements for social or economic justice. I look to Wells for inspiration which is why I support Pacifica and am honored to be part of the effort to bring Pacifica back to financial and organizational health — there is so much work to be done.”

“The New Day Pacifica Bylaws will correct excesses of the present bylaws by reducing the size of the board, getting the Local Station Boards out of station management, and having direct elections of National Board Members, rather than our present, baroque two stage voting process.”

So Pacifica can survive for future generations